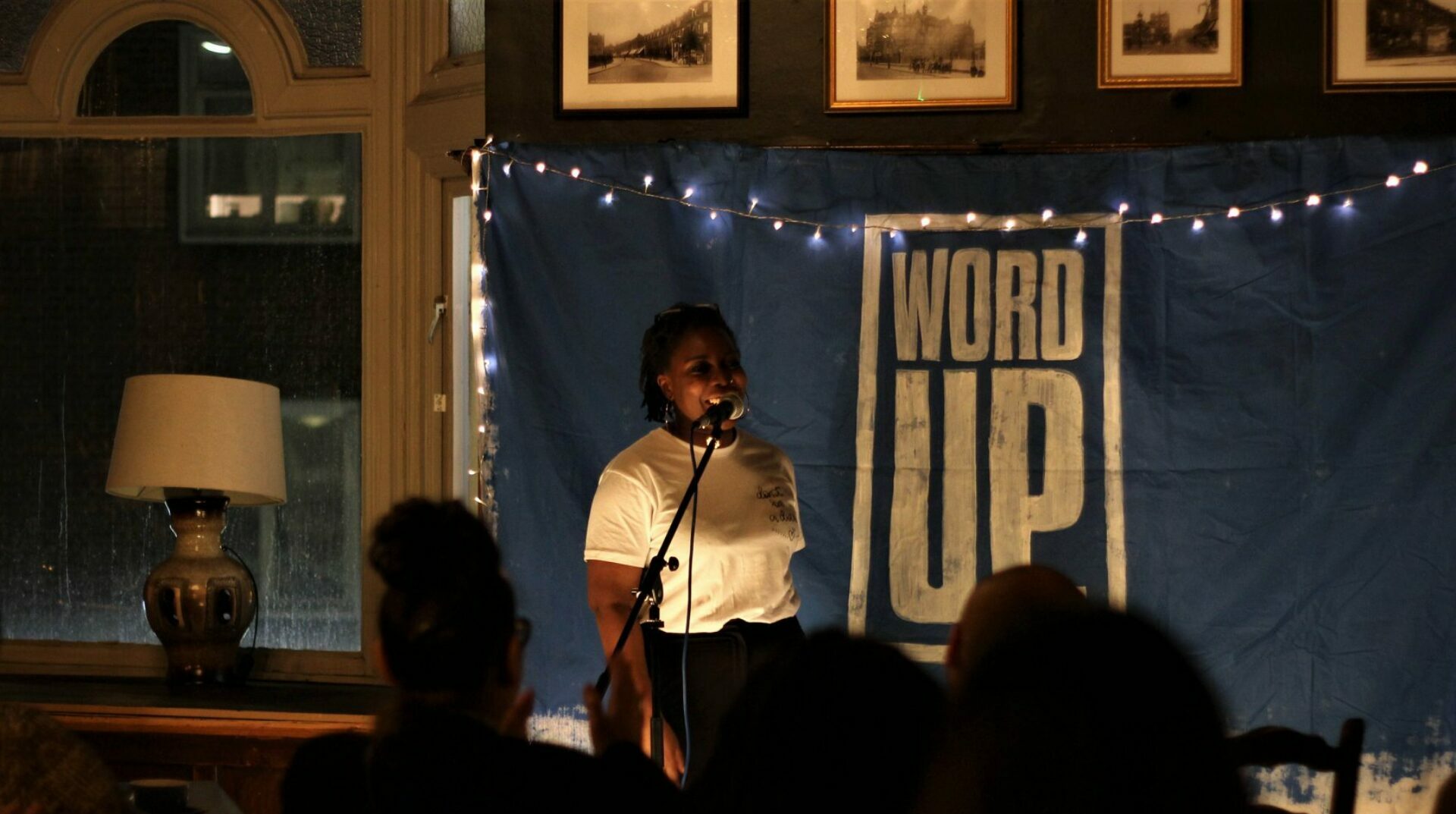 Spoken word is exploding, and there’s no barrier to entry.

We’re building a space for creatives to share their thoughts through poems / raps / lyrics. Anyone is welcome, virgins or veterans. Together we’ll create a group with open ears and free-flowing words. Expect outspoken, lively words from both newcomers and some established artists.

We’ve collaborated with stalwarts such as The Roundhouse, and featured a mix international and national poets to create a unique and welcoming event. We were awarded funding as part of the London Borough of Culture 2020 (Brent) initiative, and have been commissioned by the Royal Philharmonic Orchestra.

Open mic slots are open to registration on the night from 7:30pm, so get down early.

The spoken word will kick off at 8pm.

Open mic will be “1 piece” slots (5 minutes max), and are drawn at random from a hat.